I’m honored that during December, we’ll hear from several UBER-guest bloggers about the best gifts they’ve ever received or given.  I’m so honored that Pickett Council Ellis is offering this second  “gift” post.  Thanks, Pickett! 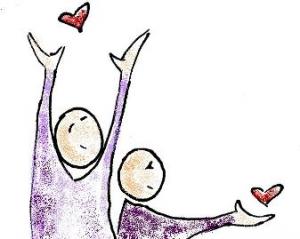 Hmmm…what a delightful topic to ponder…and what an abounding and bountiful position in which I find myself.  Life.  That’s a pretty good gift, eh?  Thank you, Mama and Daddy.  My husband, bless him, is a romantic and generous gift-giver.  Lendon has surprised me with a number of things that could take the title of best gift received.  Thanks to a large family and a host of friends, I could rattle off other gifts, both material and emotional, given to me over the years.  One that comes to mind recently was entitled “The Pickett Project.”  It blew me away – and y’all know who you are, ladies.  So I’m a very “rich” woman indeed…

But I’m not writing about The Best Gift I Ever Received.   Instead, I’m writing about a gift I have given to a complete stranger…a woman who shall forever remain nameless and faceless to me.

It is The Best Gift I Ever Gave because it was so very wrenching and painful to give it.  To re-live it and to name it and identify it and s_p_e_l_l  it out to complete strangers, all in an effort to transform it and prevent it so that no one else has to endure it.

I can’t decide if she’s single, divorced, or – like me, propped up by a husband who would gladly don battle gear and – if only he could – slay her dragon.  But whatever her status, my nameless, faceless sister finds herself in the hospital, facing an operation she absolutely dreads and that she never, ever wanted.  Far from it, she always imagined a life with children.

Instead, the clock ticks down to this last battle with infertility – the definitive and final battle – as this failure, this barrenness, this hollowness, this emptiness – has won the war.  She has literally signed away all her rights – after all, one of the “complications” from the operation could be death!  She’s reduced to a first name and a date of birth, a mantra ad nauseum.  She’s a procedure waiting to be performed.  She is naked under her flimsy robe, about to be robbed of an eternally empty womb.  She is scared and tiny and imagines fleeing the building.  She wants to run full out, screaming and scrambling to get as far away as possible from the knife.  But instead she sits and waits, a good patient.

She’ll never know it, but my sister has been given a gift.  Three years and five months post-surgery, I donned my battle gear.   My first meeting with two hospital administrators resulted in an invitation to meet with all levels of hospital employees:  clerks, technicians, aides, residents, nurses, doctors, surgeons.  Reliving and recounting my experience was grueling and empowering.

Now, my nameless and faceless sister doesn’t encounter the treatment (yet another pregnancy test before surgery – I mean, you’re kidding me, right?!?!?).  She doesn’t suffer the thoughtless questions (“So, I guess you’ve finished having all your kids, right”).  She’s not sequestered in room to “recover” with a woman who’s just given birth. She is not awakened at 2:30 a.m. (“Come on, your doctor wants you up and walking”) only to be paraded by a nursery chock full of newborns.

The Best Gift I Ever Gave is that my sister, my nameless and faceless sister, is shielded from the thoughtless chatter about kids.  She is not asked inane questions meant to put the patient at ease but that instead only twist the knife.  My gift to her is that she’s not forced to walk past newborns as she recovers from this final and wrenching procedure.  My gift to her is that the hospital makes it easier and better for my sister, The Patient – not the physician.