One of my rituals for each new year is to choose a word for the coming year.  My word for 2011 is EXPERIMENT. To support my EXPERIMENTAL focus, I commit to post the results of a new experiment each Sunday of this year.

I’d love to know who the first person was who said, “Music these days ~ I just don’t get it ~there’s no rhythm and I can’t even understand what they’re saying!” 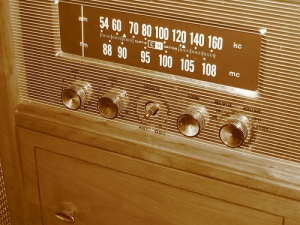 Pondering this and watching the Grammys last week prompted this week’s experiment.  I dedicated  this week to finding and listening to musicians/music I’d never heard before.

I LOVE music.  It’s playing in my home at least 50% of the time I’m awake(I love quiet, too). And I’m not sure if my car will start if my radio or IPod aren’t going, too.

The thing is, I know what I like.  So I don’t often look far outside my spiral of favs – especially regarding music.

Last week’s Grammys nudged me to shift a bit.  Thankfully, I recognized (or grew up listening to) enough nominees not to feel completely disconnected.   There were MANY though, of whom I’d NEVER heard.   Some of THOSE… well, one of my favorite acknowledgements is “I know them well enough.”  This phrase applies to many of the new folk I ‘met’ on the Grammys.

Some I want to know MUCH better though ~ like those Avett Brothers~ wOw!  They’re even from my home state!  And they’re soon performing close to here – sold out though – so sad.  Arcade Fire also grabbed me.

So many dear folk (THANKS  Jennifer, Carol, Harold, Marcus, Kent, Cheryl, Jessica, Rob, Hack, Jim & Julie) suggested new folk to me.  I listened to all.   Was moved by many.   So much music ~ so little time.

In all of my surfing, the music that grabbed me most powerfully was from Flogging Molly.  They’re now on my hard drive and in my IPod.   Here’s the song that did it for me

The musician I met this week whom I’ll probably listen to the most often listen is a Kansas ‘fingerstyle’ guitarist named Andy McKee.  If you haven’t met him yet, get ready to be gobsmacked…

So this experiment was huge for me.   I’m enjoying a LOT of new music on my IPod.  Mostly, I enjoy knowing that Eric, Stevie Ray, Bonnie, James, BB, George, Carole, Al, Keb, Van, Leo, Amos, Leon, Ben, Gillian, Nanci and Sara have so many cool followers out there ~ carrying on…

What music grabs you?

7 thoughts on “week #8 in an experimental year…”